By: Ananda Ranga Pillai and Dubash To J.F.Dpliex

By: Ananda Ranga Pillai and Srinivasachari

My Mind at Work: Stray Papers

Diary of a Pedestrian in Cashmere and Thibet

The First Englishmen in India

By: Diki Tsering; Edited and Introduced By Her Grandson Khedroob Thondup

An Angel in the Cockpit

It began with a photograph in a magazine of an odd little aircraft that looked as though it had an upside-down tail. When Vijaypat Singhania, chairman of Raymond, leading industrialist and a respected pillar of society, saw the picture, it inspired him to take off on an adventure that could only end in disaster, if it didn’t end in glory. For, like his hero, JRD Tata, Singhania had a passion for flying, and the aircraft he saw was a Shadow microlight ?a twin-seater aircraft with a two-stroke engine akin to a motobike’s. An aircraft so small that, in his own words, sitting in it ‘felt les... View more info

An Elizabethan in 1582: The Diary of Richard Madox, Fellow of All Souls

Wrestling the Dragon: In Search of the Boy Lama Who Defied China

Diary of a Journey Across Tibet

An Oriental Biographical Dictionary: Founded on the Materials Collected by the Late Thomas William Beale 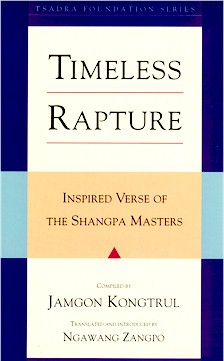 By: Jamgon Kongtrul; translated and Introduced By Ngawang Zangpo

Throughout history awakened ones have celebrated the rapture of mystical states with inspired verse, sung extemporaneously. This book offers a rare glimpse into the mysticism of the Shangpa Kagyu lineage, a tradition based mainly on the profound teaching of 2 women. This compendium of spontaneous verse sung by tantric Buddhist masters from the 10th century to the present includes translations as well as short descriptions of each poet's life and a historical overview of the lineage. "Our lineage's past spiritual masters used songs to express their manifest experience and realization of th... View more info

The Pirates of the Malabar and an English Woman in India Two Hundred Years Ago (A.D. 1709)

The Expedition of the St Jean-Baptiste to the Pacific 1769-1770: From Journals of Jean De Surville and Guillaume Labe

Truth, Love and a Little Malice: An Autobiography

Born in 1915 in pre-Partition Punjab, Khushwant Singh, perhaps India’s most widely read and controversial writer, has been witness to most of the major events in modern Indian history—from Independence and Partition to the Emergency and Operation Blue Star—and has known many of the figures who have shaped it. With clarity and candour, he writes of leaders like Jawaharlal Nehru and Indira Gandhi, the terrorist Jarnail Singh Bhindranwale, the talented and scandalous painter Amrita Shergil, and everyday people who became butchers during Partition. Writing of his own life, too, Khushwant Si... View more info

The Lives and Liberation of Princess Mandarava: The Indian Consort of Padmasambhava 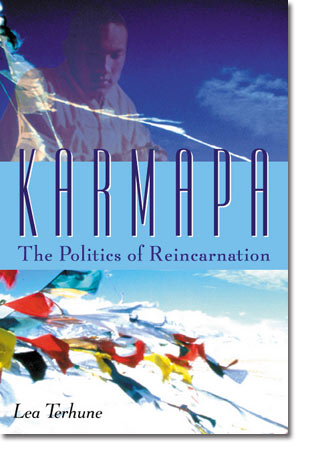 Karmapa: The Politics of Reincarnation

While only a young man, Orgyen Trinley Dorje''s life has been marked indelibly by devotion, intrigue, and transformation. Karmapa: The Politics of Reincarnation is his amazing story. For Westerners, Tibet is a land of powerful spiritual teachings, staggering mountain vistas, and geopolitical intrigue. The country''s resistance to Chinese occupation, and also the growing presence of Tibetan Buddhism in the West, are not just part of our daily news but of the Western consciousness as well. In January 2000, interest hit a peak as fourteen-year-old Orgyen Trinley Dorje was thrust upon the world ... View more info

Living with Kundalini: The Autobiography of Gopi Krishna

This classic first-person account of spiritual awakening was first published under the title Kundalini: The Evolutionary Energy in Man —here expanded with two-thirds new material drawn from the author's writing to make a complete autobiography. Printed Pages: 424. View more info

The first full-length study in English on T'an Ssu-t'ung, a well-known scholar-reformer in late-Ch'ing China. Based on a rich variety of primary sources, it traces T'an's progress from his early years to his summary execution during the palace coup in 1898. The Introduction explains the premises and sources pertinent to this study, while the Epilogue provides an overall interpretation of T'an's life. The remaining eight chapters are organized in such a way as to allow a chronological and thematic appreciation of the book's subject matter. This is more than a biography of a remarkable individua... View more info

By: Marco Polo and Benedetto

By: Marco Polo and Benedetto

For the Love of India: The Life and Times of Jamsetji Tata

The rise of Sonia Gandhi to leader of the venerable Congress party is one of the most remarkable stories of recent times, even in the unpredictable world of Indian politics. The story of how an apolitical housewife—who was dead set against the entrance of her husband, Rajiv Gandhi, into the political arena—emerged as an astute player of the game herself is one that has never been told. Adding to the enigma is her reserve—she has given very few interviews and remains a very private person. In Sonia: A Biography, journalist Rasheed Kidwai offers the first close look at the person and the ... View more info

Leonard Bloomfield: Essays on His Life and Work (Studies in the History of Language Sciences Series: Volume 47)

By: Robert A. Hall, Jr. (ed.) With the Collaboration of Konrad Koerner

The only eyewitness account of the US-led war to topple the Iraqi President, Saddam Hussein. A day-by-day retelling from the battlefield by Satish Jacob, the only Indian correspondent in Baghdad. From Baghdad’s Hotel Palestine, Satish’s spirited reports were the only eyewitness accounts of the drama of those days on Indian television. They were also special in that his perception of the events differed significantly from that of the Western media more prone to accept uncritically the invading armies?version of events. From Hotel Palestine, Satish Jacob writes of a nation devastated on a wh... View more info

Who's Who in Twentieth Century Warfare

This authoritative biographical guide to warfare in the twentieth century is at once fascinating reading and an invaluable work of reference for anyone interested in modern military history. As well as the First and Second World Wars, the book takes in key figures from Vietnam, Korea, and other key conflicts. Those whose lives and careers are covered here include not only major military leaders, but also politicians, inventors, and other major public figures central to the course of modern military history. From Che Guevara to Mao Zhedong, from Albert Speer to Norman Schwarzkopf, and from Jos... View more info

The Gift of a Daughter: Encounters with Victims of Dowry

Letters Written in a Mahratta Camp

Continents of Exile: The Red Letters. My Father's Enchanted Period 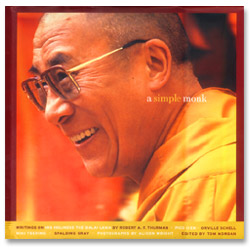 A Simple Monk: Writings on His Holiness the Dalai Lama

His Holiness the fourteenth Dalai Lama, Tenzin Gyatso, has captured the world’s heart and imagination with his extraordinary wisdom and humility in the face of China’s brutal, decades-long occupation of Tibet. This stunning new visual biography marries provocative writings on His Holiness by some of today’s most intriguing authors with vibrant full-color images by photojournalist Alison Wright, author of The Spirit of Tibet. Published with the cooperation of New York’s Tibet House, which will receive a portion of the book’s proceeds, A Simple Monk features impressionistic essays ab... View more info