Layers of Violence: The Novels of George Orwell

By: A.A. Khan and Qamar Talat

By: A.A. Khan and Qamar Talat

The Cambridge Introduction to the Short Story in English

The short story has become an increasingly important genre since the mid-nineteenth century. Complementing The Cambridge Introduction to the American Short Story, this book examines the development of the short story in Britain and other English-language literatures. It considers issues of form and style alongside - and often as part of - a broader discussion of publishing history and the cultural contexts in which the short story has flourished and continues to flourish. In its structure the book provides a chronological survey of the form, usefully grouping writers to show the development of... View more info

This Gift of English: English Education and the Formation of Alternative Hegemonies in India

A Golden Treasury of Quotations 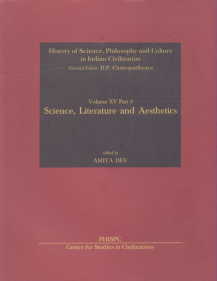 "Civility," a normative code of behaviour in British nineteenth-century society, became a means of imposing control and effecting exclusion when transferred to the colonial domain. This study examines the manner in which "civility" emerged as the ethos of the British colonial state in the Indian subcontinent and emerged as a key discursive idea around which questions about citizenship, education, gender, race, labor and bureaucratic or civil authority were negotiated. This discourse of civility, Anindyo Roy argues, provided the basis for disciplinary mechanisms essential to man... View more info

21 Under 40: New Stories for a New Generation

This exciting new anthology showcases 21 of the best short stories by South Asian women under the age of 40. Ranging from the lyrical to the humourous to the darkly disturbing, these previously unpublished stories highlight the desires, concerns and obsessions of young women from the subcontinent. A new generation of writers is emerging who are boldly tracking new forms and styles, including historical detective fiction, graphic short stories, stories intercut with email and sms messages. The stories are as varied as the women themselves, and celebrate the diversity and range of women’s li... View more info

An Illustrated History of Indian Literature in English

The First Promise is a translation of Ashapurna Debi’s novel, Pratham Pratisruti , originally published in Bengali in 1964. Celebrated as one of the most popular and path-breaking novels of its time, it has received continual critical acclaim: the Rabindra Puraskar (the Tagore Prize) in 1966 and the Bharitiya Jnanpith, India’s highest literary award, in 1977. Spanning the late eighteenth and early twentieth centuries, Ashapurna tells the story of the struggles and efforts of women in nineteenth-century, colonial Bengal in a deceptively easy and conversational style. The charming eight-year... View more info

The fictional events narrated in Mole! ?an English translation of Otran, a novel by Ashokamitran ?take place within a period of seven months, nearly all of them in the American Midwest. The narrator, a culturally rooted writer from Chennai, is transplanted amidst a motley group of fellow-writers from distant parts of the world, all of them as dangerously dislocated as him. Deprived of the language that has brought them fulfillment and distinction, these writers struggle to retain their place of precarious honour in a strange, unfamiliar and sometimes hostile environment. And in the background ... View more info

Sand and Other Stories

This book is a translated collection of 3 novellas, spanning three decades of Ashokamitran’s work. The stories are about women trapped by an almost absolute lack of resources (financial, intellectual and emotional). The narrative in all three novellas moves in a series of short scenes, building tension with a relentless layering of detail. The exploitation of these women and their daily struggle against it is exposed in all its terrifying ordinariness. The stories have all the identifiable characteristics of Ashokamitran’s writing—irony, interiority, sensitivity. Printed Pages: 133. View more info

"This remarkable study focuses on the relationship between forms of prostitution, discourses on law making, and law enforcement practices. Across the 19th and early 20th centuries, the colonial government in Bombay city formulated laws on prostitution that were enormously repetitive. Activities such as soliciting men, pimping and procuring women and girls for prostitution were banned in identical ways in multiple eras. Across the same hundred years, commercial sex grew vast in scale, and Bombay became a node in a transnational sex trade circuit. This book argues that while the expansion o... View more info

Stories from Asia Today: A Collection for Young Readers: Book One

By: Asian Cultural Centre for Unesco

By: Asian Cultural Centre for Unesco

Critical Perspectives on Rabindranath Tagore's "Gora" and "the Wreck"

Gita Govinda of Jayadeva: Love Songs of the Dark Lord

Masterworks of Asian Literature in Comparative Perspective: A Guide for Teaching (Columbia Project on Asia in the Core Curriculum)

The Thief of Nagarhalli and Other Stories: Short-listed for Commonwealth Fiction Prize for the Best First Book from Eurasia in 2000

Androcles and the Lion

The Samdesarasaka of Abdul Rahman

Essay on the Language and Literature of the Telugus: Originally included in the Madras Journal of Literature and Science: Part II

Between Cultures: Essays on Literature, Language and Education

Theodor Storm: Studies in Ambivalence. Symbol and Myth in His Narrative Fiction