The Wonder That Was India: A Survey of the History and Culture of the Indian Sub-Continent before the Coming of the Muslims

Town and Country in Roman Britain

Town and Country in Roman Britain

Mongolia and the Mongols, Volume Two-1893

India as Seen in the Kuttanimata of Damodara

The Oudh Nights: Tales of Nawab Wazirs, Kings and Begums of Lucknow

India and the World

India and the World

Prelude to Indian Federalism: A Study of Division of Powers Under the Acts of 1919 and 1935

Twilight of the Pepper Empire: Portuguese Trade in Southwest India in the Early Seventeenth Century

The Educational Situation and Other Essays on Education

The Educational Situation and Other Essays on Education

Position of Women in Hindu Civilization

State and Government in Ancient India

Position of Women in Hindu Civilization

A History of Fine Art in India & Ceylon 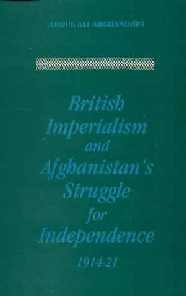 Lucknow: The Last Phase of an Oriental Culture

By: Abdul Halim Sharar; Translated and Edited By E.S. Harcourt and Fakhir Hussain

The Transition in Bengal, 1756-75: A Study of Saiyid Muhammad Reza Khan

Saiyid Muhammad Reza Khan held the office of Naib Nazim and Naib Diwan of Bengal from 1765 to 1772. This study includes the early life of the Khan, but concentrates particularly upon the years from 1756, when the Khan first held public office, to 1775. There was much greater continuity and overlapping between the British and Mughal administrations than has been supposed. Company servants like Clive seemed to the local public to be simply Mughal grandees in British uniforms and the innovations supposed to have arrived with British rule actually occurred much later. Instead of the British gradua... View more info

Pivot of the Punjab: The Historical Geography of Medieval Gujrat

Herat: The Islamic City. A Study in Urban Conservation

Organizations at War in Afghanistan and Beyond

While popular accounts of warfare, particularly of nontraditional conflicts such as guerrilla wars and insurgencies, favor the role of leaders or ideology, social- scientific analyses of these wars focus on aggregate categories such as ethnic groups, religious affiliations, socioeconomic classes, or civilizations. Challenging these constructions, Abdulkader H. Sinno closely examines the fortunes of the various factions in Afghanistan, including the mujahideen and the Taliban, that have been fighting each other and foreign armies since the 1979 Soviet invasion. Focusing on the organization of t... View more info

By: Abhilasha Kumari and Sabina Kidwai

By: Abu'l-Fazl Allami; Translated from the Persian By H. Blochmann

Roads and Communications in Mughal India

India in a Changing World: Problems, Limits and Successes of Its Foreign Policy (Tracts for the Times Series: 9)

Adam Silverstein's book offers a fascinating account of the official methods of communication employed in the Near East from pre-Islamic times through the Mamluk period. Postal systems were set up by rulers in order to maintain control over vast tracts of land. These systems, invented centuries before steam-engines or cars, enabled the swift circulation of different commodities - from letters, people and horses to exotic fruits and ice. As the correspondence transported often included confidential reports from a ruler's provinces, such postal systems doubled as espionage-networks through which... View more info

RSS, School Texts, and the Murder of Mahatma Gandhi: The Hindu Communal Project

RSS, School Texts and the Murder of Mahatma Gandhi undertakes the novel experiment of juxtaposing three apparently quite different issues, the nature of the RSS school textbooks, the murder of the Mahatma and the basic ideology of Savarkar and Golwalkar. While deeply delving into all three aspects, it brings out the deep connection between them. The book, which brings out the basic ideological underpinnings of the Hindu Communal Project, is divided into three parts. Part I discusses how this ideology is propagated among young impressionable minds through school textbooks. Part II studies the ... View more info

The Nobility Under Akbar and Jahangir: A Study of Family Groups

In this sobering account of the ongoing violence in Iraq, Ahmed Hashim, a specialist on Middle Eastern startegic issues and irregular warfare, reveals the insurgents behind the widespread revolt, their motives, and their tactics. The insurgency, he shows, is not a united movement directed by a leadership with a single ideological vision. Instead, it involves former regime loyalists, Iraqis resentful of foreign occupation, foreign and domestic Islamist extremists, and elements of organized crime. These groups have cooperated with one another in the past and coordinated their attacks; but the al... View more info

Early History of the Deccan: Problems and Perspectives

This book provides a holistic view of the key technologies that are expected to revolutionise military affairs in the near future and change the nature of warfare tactics and the very concept of the ‘battlefield? It addresses five key technologies—near-space technology, robotics, directed energy weapons, nanotechnology and biotechnology—and explains why they are being considered for military applicability worldwide. It highlights how they would contribute to the future warfare tactics and defence mechanisms of various countries. In addition, it also discusses the possible military utilit... View more info