By: Deepali Dewan and Deborah Hutton

Poetry and Patriotic Fervour: An Exhibition of Indian Art Pre-Independence, 19th April-19th May 2003

Greek Art and the Idea of Freedom

Materials, Methods & Symbolism in the Pichhvai Painting Tradition of Rajasthan

Gyaraspur: A Heritage of Excellence 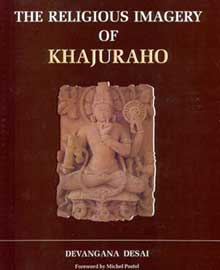 The Religious Imagery of Khajuraho

Kaladarpana: The Mirror of Indian Art

Sculptures from Haryana: Iconography and Style

Jaipur, the famed Pink City of Rajasthan conjures up images of a bygone era in the mind’s eye. Of royalty and stories of gallantry and battlefield valour; of a desert landscape poised against vivid shades of colour; of art and aesthetics and above all, its vibrant people. Built in ad 1727, the splendour of its palaces and forts and the breathtaking array of its traditional crafts continue to attract tourists and connoisseurs of history and art from all corners of the world. The Jaipur textile industry has for long, inspired countless artists and designers to create exquisite products of both...
View More...

The Last Queen of Jaipur: The Legendary Life of H.R.H. Maharani Gayatri Devi

Taj Mahal: Passion and Genius at the Heart of the Moghul Empire

By: Diana and Michael Preston

From the Land of the Thunder Dragon: Textile Arts of Bhutan

Bhutanese textiles are among the last of the major arts of Asia to gain recognition in the West, and this is the first book to present this outstanding art form in its cultural and historical context. Bhutan's textiles, especially the intricate brocades and complex supplementary-warp patterns, are unmatched anywhere in the world. This art, with a steadily growing and devoted following in the West and Japan, has become Bhutan's most powerful emblem abroad. This volume, first published in 1994 (now reprinted in 2008) in conjunction with a special exhibition organized by the Peabody Essex Museum...
View More...

Nation First: Essays in the Politics of Ancient Indian Studies (including an Analysis of the CAG Report on the Archaeological Survey of India) 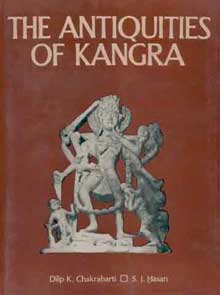 The Antiquities of Kangra

Visual and Performing Arts in South Orissa: An Interface

Encyclopaedia of Myth and Legend in Art, Religion, Culture and Literature, 7 Vols.

By: Donald A. Mackenzie and Charles Squire

Portraits of the Masters: Bronze Sculptures of the Tibetan Buddhist Lineages

Tibetan Vajrayana Buddhism is rapidly becoming a part of our cultural landscape, an element of human civilisation with its own universal appeal. Nevertheless public awareness remains limited concerning the great teachers and visionaries who over fourteen centuries formulated and expounded the system of thought which in the 21st century seems the most contemporary of the world religions. And yet there is a rich written tradition dating back at least 800 years documenting their lives and teachings, and an even more ancient tradition of portraiture in sculpture and painting which strove to captur...
View More...

Sakti's Revolution: Origin and Historiography of Indic Fierce Goddesses chroicles the historical evolution of Hindu and Buddhist Fierce, Kali-like goddesses and their devotees, from the Indus Valley civilization, c. third millenium BCE, to the present. The author documents and analyzes the undercurrents of misogyny, greed, and violence-the demonic forces against which Sakti wages warfare-that have formed the historiography of fierce goddesses in India. Printed Pages: 515 with Colour & b/w Illustrations.
View More...

The Eight Darlings of Indian Aesthetics

Monuments: A Vision of Harmony

By: Dr B. Subrahmanyam

The Birth Centenary Volume of Padma Bhushan Dr. c. Sivaramamurti and Padma Bhushan Shri K.R. Srinivasan is brought out by the admirers and students of them as a mark of reverence to these reputed savants. Their renowned scholarly contribution in the field of archaeology, literature, iconography, art and architecture for more than half a century is well known to the globe, Notwithstanding the Felictation Volumes in honour of these distinguished scholars were published earlier, the students and admirers of them once again fervent to dedicate this garland of gorgeous flowers of research papers to...
View More...

Sri Harimandar SahibL The Body Visible of the Invisible Supreme

The Iconography of the Brhadisvara Temple