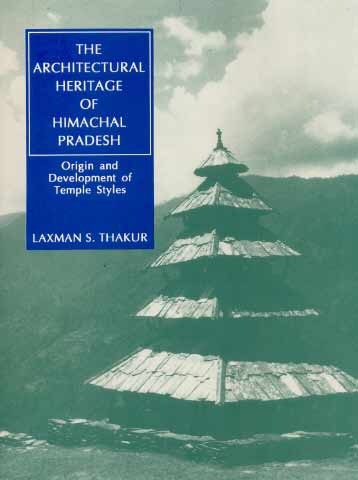 The Architectural Heritage of Himachal Pradesh: Origin and Development of Temple Styles

The book provides a comprehensive, chronological, scientific and comparative analysis of extant temple styles of Himachal Pradesh from the sixth to the fourteenth century AD. It is primarily based on enormous architectural data collected through field surveys of temple sites in loco. Each temple has been examined in its socio-economic and cultural contexts. The temple exercised considerable influence on the devout and the laity, and dominated various facets of western Himalayan society and economy through its complex cultural network, by bringing under its clasp both royalty and the common people. The names of several artists and craftsmen who embellished exquisite specimens of art, lie enmeshed in a corpus of obscure epigraphs. By collecting and piecing them together, the book refutes the generally held view that Indian art is anonymous. The author has also tested the validity of textual prescriptions given in the Indian vastusastras and actual construction methods practised by the sutradharas in Himachal for the nagara temples through accurate measurements taken to the extent of a millimetre. The study reveals that the architects achieved mathematical homogeneity and a sense of scale and symmetry in their elaborate plan and elevation proportions. At the same time the temple forms were largely determined by assorted geographic and climatic factors. The text is richly illustrated and should be of interest to both specialists and general readers. Printed Pages: 204 with 48 line drawings and 88 b/w illustrations.

Title: The Architectural Heritage of Himachal Pradesh: Origin and Development of Temple Styles

The Architectural Heritage of Himachal Pradesh: Origin and Development of Temple Styles