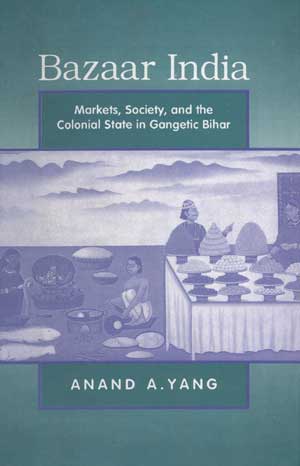 By: Anand A. Yang

The present edition of the writings of the late Indrani Ray has been planned around certain identifiable factors that determined India's changing tryst with the Indian Ocean in the late seventeenth and eighteenth centuries. While the protagonist in these writings is the Indian merchant, the biographer is the French East India Company's Official. Using a wide array of French sources, the author reconstructed the changing world of the Indian merchant as he rubbed shoulders with the European trading companies in the palmy decades of the seventeenth century and retreated into his shell in the turbulent decades of the eighteenth. Taken together, these essays underscore both the prosperity and vitality of Indian trade in the seventeenth century as well as its inherent fragility in the face of political uncertainty and unrestrained competition in the succeeding years. The conclusions arrived at, tend to reinforce some of the better known propositions about the nature and orientation of pre-modern Indian trade and the making of its material context. Individually, the essays constitute important interventions in ongoing debates about the extent and logic of Mughal decline, the benevolence of the Mughal state towards matters maritime and about the relative importance of European trade vis-?vis Asian trade in the economy of eighteenth century Bengal. The Introduction attempts to identify these interventions and knit the essays around the current debates on the eighteenth century crisis in Indian history. The introduction, will help to situate the relevance of the French connection in the complex trading grid of the Indian Ocean. The fact that the French were the most serious rivals of the English for empire and very nearly succeeded in the imperial game is often obscured in the flush of English victories. In terms of the historiography on maritime India, this has meant a subtle neglect of French language sources in the reconstruction of the trading world of the Indian merchant and seafarer. That this omission is entirely unwarranted is amply borne out by Indrani Ray's analysis of French archival sources and documents like the Roques' manuscript, which in terms of both range and detail is of enduring value. Printed Pages: 290.